The title implies that I'm reminding people of something...which is only halfway true. I'm reminding approximately 4 people of something that was brewing. This is *not* a "Happy Thanksgiving!" post done early. I have other plans for that. Anyway, the other people involved (and one person who just happens to know what's going on) might be able to recognize this stuff. Maybe not. It's been a while since it was last discussed. Anyway, here's a picture. For those of you who know what it means, I hope it jogs your memory. I haven't given up hope on that yet, just haven't had the time to act on it. Eventually, though! 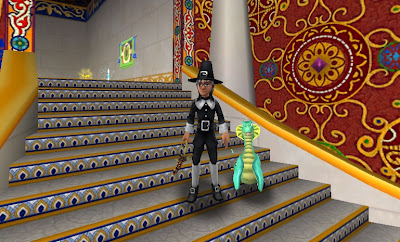 In other news, a friend of mine just turned 20. For his birthday we wanted bacon incorporated into the cake somehow, as it's one of his favorite foods...so we rolled bacon into roses and dipped them in chocolate before putting them on a store-bought cake. You expected me to actually cook? I'm a culinary disaster. Here's the picture of that glorious thing, anyway. 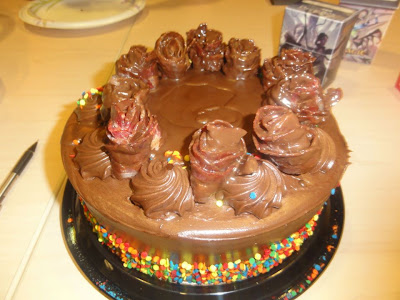 Yes, those are Magic: The Gathering deck boxes in the background. One has Nissa and the other pictures an Etched Champion. If anyone ever wants to peek at my deck builds (new and old, a couple no longer exist but could be reassembled easily enough!) here's a link to my stuff.

Magically Posted by John Lifeglen at 12:19 AM